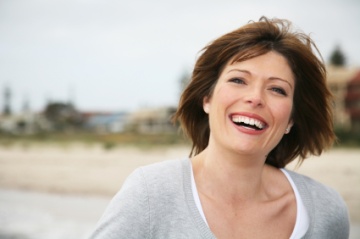 Funny inspirational quotes 2 is all about the lighter side of quotes. At times, words that are spoken can lighten the mood and brighten our day.Take a carefree minute to refresh yourself with a little bit of humor. Spend a few minutes here and smile.

I failed to make the chess team because of my height.
--Woody Allen

I don't care to belong to a club that accepts people like me as members.
--Groucho Marx

I can win an argument on any topic, against any opponent. People know this, and steer clear of me at parties. Often, as a sign of their great respect, they don't even invite me.
--Dave Barry

By the time you're eighty years old you've learned everything. You only have to remember it.
--George Burns

Middle age is when your age starts to show around your middle.
--Bob Hope

If you don't know where you are going, you will wind up somewhere else!
--Yogi Berra

The shortest distance between two points is under construction.
--Noelie Altito

If you can't fix it with duck tape you have'nt used enough.
--Unknown

The trouble with being punctual is that nobody's there to appreciate it.
--Franklin P. Jones

Nobody goes there anymore because it's too crowded.
--Yogi Berra

I ain't sleeping. I'm just taking a good look at the insides of my eyelids.
--Johathan Raban

Duct tape is like the force. It has a light side, a dark side, and it holds the universe together.
--Oprah Winfrey

Once you can accept the universe as matter expanding into nothing that is something, wearing stripes with plaid comes easy.
--Albert Einstein

All you need is love. But a little chocolate now and then doesn't hurt.
--Charles M. Schulz

Cross country skiing is great if you live in a small country.
--Steven Wright

Have enough sense to know, ahead of time, when your skills will not extend to wallpapering.
--Marilyn vos Savant

If God wanted us to bend over he'd put diamonds on the floor.
--Joan Rivers

It is a scientific fact that your body will not absorb cholesterol if you take it from another person's plate.
--Dave Barry

My fake plants died because I did not pretend to water them.
--Mitch Hedberg

The four building blocks of the universe are fire, water, gravel and vinyl.
--Dave Barry

When you are courting a nice girl an hour seems like a second. When you sit on a red-hot cinder a second seems like an hour. That's relativity.
--Albert Einstein

I was trying to daydream, but my mind kept wandering.
--Steven Wright

Experience is the name everyone gives to their mistakes.
--Oscar Wilde

Ever notice how it's a penny for your thoughts, yet you put in your two-cents? Someone is making a penny on the deal!
--Steven Wright

I base most of my fashion taste on what doesn't itch.
--Gilda Radner

A fool and his money are soon elected.
--Will Rogers

If you enjoyed these quotes, you can read more funny inspirational quotes here.

Ready For Some Inspirational Life Quotes